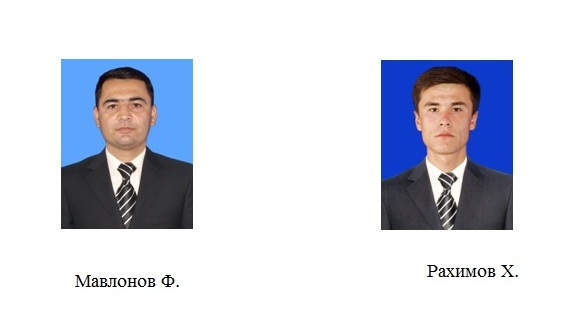 The following article gives information on contemporary condition of seeding wheat between cotton-plant row spaces, its deficiencies and not implementing agro technics of seeding wheat. The opportunities of treating with mill cutter apparatus, necessary measures of mill cutter drum and the kinematics of transferring movement to it is learned to prepare the layer of soil of the field on agro technical standards on preparing cotton-plant row spaces to seed wheat with the assistance of cultivators. The graphic of choosing λ, the kinematic regime indicator, is shown based on largeness of clods on agro technical standards and the number of knifes in mill cutter drum.

This know that offer the grain independence  (Uzbekistan), planting grain in autumn reason in the rows of cotton plant has been carried out in September and October due to the provision of the need of the population for seed production and using the fields with sensibility mostly grain is being planted in the arcos tendered once or twice treated for an go centimeter interval of the rows with KXU- 4 cultivator fertilizer when the rows intervals are go as well treated for a 50 centimeter interval of the rows with KPX-4 cultivator fertilizer when the rows intervals are 60 cm. Treating depth is 12-14 cm in it, at first flattening organs of the planted grain are placed into the cultivators. It is necessary to get provision of the distribution on the surface of the fields of the particular flattening plating depth according to the agro-technical terms in scientific technical organizing replanting.

Without this method above, the surface of the field. Should be lumpy we ve mentioned about the technology of planting into the cotton plant rows in literature [1].

Namely spreading grain in once or twice treated row intervals with cultivator fertilizers and burying them with working organs. Although all agro technical terms are taken into consideration, 30…60 percent can’t be grown and seed in the fields can’t be smoothly distributed. That’s why using this type of crop dusted and well-chosen seed with sensibility leads to the great economical effectiveness (in Khoreesm (Uzb)) annually if the grain is planted in the cotton plants in 2500 acre, if 50 kg of seed are economize in each acre it will be 1250 ton grain.

In most cases autumn seasonal wheat is planted into cotton rows by cultivating the field,  not watering. It might cause occurring different seized lumps over the surface of the field. As a result seed of wheat may fall down under lumps and lose their growing ability smoothly distribution over the field. In its own turn later it may reduce working quality in planting process.

If wheat is planted by using (sunshine) large lumps and weed grass in the fields can damage to the (“soshniks” planting equality).

First of all to plant wheat into cotton rows the area must be prepared according to the agrotechnie demands [2].

Namely the seer face of the sand layer must be 0-10 cm, separated structural in depth, numbers should be 1-3 mm (80%) [3],  macsimum measurement of lump shouldn’t be more that 2-3cm [4]. For that due to the flattening the sand in the rows, threshing from weed grass, at first, it is treated with cultivators in 15-10cm. In spite of Being-trcated twice the sand on the surface of the field mostly couldn’t provide the demands above. The reason is here not being supplied enough wetness before being treated in the cotton rows , namely watering can’t be made for some reason (eg? Hardest process, lack of water or etc). As a result the sand dries up, its surface gets more lumpy after being treated. And it radically reduces the quality and chances of planting wheat.

For this purpose in this article theoretical teating with foresail working organ with the help of cultivator due to making normal conditions in the first treating into the cotton rows.

Working organs of frees are cooled active working organs when they are made to be circled from the power of the tractor. Freezes are divided into forest, jungles field, garden and plant rows cutting down sorts according  to their functions. Tiled frizz are used for getting prepared the fields areas to plant in spring by mincing lumps. Chopping frezs are used in the cotton rows threshing the earth from weed grass and softening it as well.

Circling point of the frees in agriculture is vertically and horizontally.

In most cases working organs of the freezes go around horizontally to their movement directions. They consist of knives in the shape of raround the discus circulation (Figure 1, 1-2 knives). The collection of these types of discs forms freesias drum. The number of the knives are mostly taken 4 or 8 according to their functions. The shape and measurement of the knives depend on the functions conditions of the freeze. The knive may turn cound from up to down from down to up, namely the opposite side of the car. While turning round to the straight power may occur, which tries the car to move straight, on the opposite turning round, the energy is demanded more.

Freeze dreams goes round horizontally and participates in 2 movements round its point out a speed of Vо (elative movement) and with car at a speed of Vm moving movement. Each lump of the sand in the disc, its form and measure depend on rounding side of the drum and the form of moving traces of the 2 knive established one by one vertically in the disc sand. In treating tods to the sand it is give in literatures the frez drums radius is determined dependently on the thickness of the layer [5].

One periling out distance of a cycling freeze knife ХZ (figure 1) is considered the main factor determining the shape of the lumps occurring in the sand. It is chosen according to the fields conditions or counted by the following formula [5].

z –  the numbers of the knives in the drum.

λ – kinematic regime. Its clarified with the speed of freeze.

It’s known from the formula 2 knives periling distance can be reduced by rising λ and z numbers of the freeze knives.

The formula 2 can be the following, if kinematic regime is identified

It can be clear from all above the cycling speed of the drum must be more at least 3,9 degrees than the aggregate’s forwarding speed. In this case the shape of the lumps on the surface of fields can be satisfactory for the terms of the agro techniques at minimum degree (ХZ=3 cm). Figure 1. Movement trace of the working organs of the freeze. 1,2 –freeze knives, ХZ -the sand thickness, R-the radius of the freeze drum.

All in all the condition of the ХZ and z for the other amounts λ in figure 2 is identified, necessary parameter of distributing movement to the ferial drum according to the conditions of the cotton fields.

In the next steps of the research fixing ferial drums into the back sections can be theoretically investigated. In those the width and weight of the ferial drum based on cotton rows intervals can be geometrically and the other work my be done.